WHAT IS TELE HYPNOSIS SOFTWARE?

Tele Hypnosis Software is an advanced esoteric program that uses the occult potency of your computer to help you influence people, to get the best out of you, and even to obtain minor magick results. The program is mainly based on radionics, and takes its origin in the ancient Qabalistic Magick. 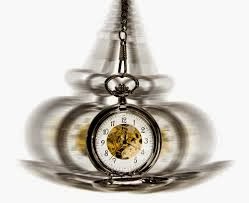 WHAT CAN I GET USING TELE HYPNOSIS?


You can do a lot of things, for example:

Radionic is known as the most innovative field of the esoterism, although it is not very new. Basically, radionics is a form of magick where the magician (called radionic operator) uses a series of modern tools to get his goals. This tools are usually electricity or computer devices, and even home appliances; a new type of magick, based on the radionic's knowledge uses  refrigerators, ovens, microwaves, etc.  Mainly, radionic is very similar to the traditional magick and also to voodoo.

The field of radionic that uses the computers is sometimes called "electronic magick" and it has shown to be the most powerful of all the radionics tools. Think of the millions of operations a computer performs in a second, the many times the screen is refreshed in a second, and the energy that all of that produces. It may look like what you see in the screen is virtual, but a correctly developed radionic program makes the computer calculate determined operations based in the numerology, gematry and sometimes the enokian language, liberating a big and powerful quantity of astral energy of a certain type. On top of that, the use of traditional powerful symbols, no matter if they are painted on a paper, grabbed on a mineral or showed in the screen of a computer, give out their own power that is added to the energy liberated by the computer. They are basically used to conduct the liberated energy to focus to a certain objective and also sometimes are used to involve superior intelligences (Angels, planetary spirits, etc), as the radionic operation acts as a form of getting their authorization to the magical operation that is being performed.

WHAT DO YOU NEED TO WORK WITH RADIONIC?

WHAT MORE DO YOU NEED TO RUN THE PROGRAM PROPERLY?

Like voodoo or traditional magick, you need a sample of the person/animal/object desired goal, and in computer radionic, this sample will be usually a photo; the sample per excellence. Without a photo, you will be able to run the programs, but experience has shown to be less effective and take more time to get the desired results. Also, in some radionic programs, you will need the radionic index number of the person/animal/object.

WHAT IS THE RADIONIC INDEX NUMBER (R.I.N)?

It's a three or a six digits number that astrally represents a person/animal/spirit/object. For example: 934. This number is used in all the traditional radionic machines and in some of radionic programs (some radionic programs do not need the R.I.N). It can be compared to a radio, where to listen to a broadcasting station you need to know the frequency of the radio station. If you know the R.I.N of a person, all later operations related to that person based on his/her R.I.N will be synchronized with his/her astral body, so he/she will be much more receptive to astral influences. It's like a backdoor to his/her astral body where your influences will go in.

TIME TO GET RESULTS

This is also a frequent question. In a few days,  using the program nearly all day, you should be able to start seeing some results (between 2-3 days). The program carries out the influencing by mining the subconscious mind of the subject little by little. You will not be able see dramatic changes and results from one day to other. In some weeks though clear results will show. For example, for love uses (to influence a girl/boy to love you, etc), the most requested influence by the users, it is taking between 15-30 days to get your goals. For minor uses, a week will be sufficient. These time periods are all tentative as they depend on the number of hours you have the program running, the type of message you want to send, the style of the message, and, most important, the physic resistance of the subject and his/her previous thoughts/feelings about the idea/feeling you want to introduce in his/her subconscious mind.

So, for example, for an hysterical non stable subject, the program will be successful very quickly. On the other hand, if the subject has a very stable mind, and his/her feet on the ground, the subject will be more difficult to influence and will take more time to get the goal.
For example, you are boy, and you have a girl that is a very good friend of yours, but yet does not want to be your girlfriend. In this case, being your friend, she will not be totally opposed to the idea of being your girlfriend. It will take less time to influence her to love you or ask you to go out with her. But in other cases, when a girl dislikes you and has always disliked you, and her feelings pattern within her subconscious mind is totally opposed to your influence, it will take much more time to reprogram her subconscious mind to be receptive to you first, and later, to love you.

What does the influenced subject feel when he/she is being influenced? Have you ever noticed in the past that, for example, a girl which you were very interested in, all of the sudden some night you have a dream about her and start looking at her with different eyes? Or perhaps, without dreaming,  you suddenly see that person walking past you and look at her with different eyes than the day before. At the beginning, you don't love her/him yet, but now you are not totally opposed to this idea, and you even feel some attraction to her.

This situation has happened to a lot of men and women, and most of the times when we were at secondary School Our mind is very receptive then, and also, the time where girls cast many love spells, not very powerful as you need certain skill on concentration to cast powerful spells. I didn't know that was the reason at the time.  This is usually due to love spells casting and mind control. (The traditional mind control where you have to be sat on a chair for a long time concentrated on the girl/boy you love and send her/him love commands, or other types of remote mind control).

This is also the way Tele Hypnosis works. The subject influenced by the program feels something like this, and this feeling comes from the subconscious mind. It begins with a change of the girl´s mind with regards to you. Continuous running of the program will influence her to fall in love with you.

In some cases, especially when the program is used for auto hypnosis to remove bad habits of the character, when you get the full results, and you stop using the program, after some months, maybe that you need some sessions again to reforce the reprogrammation of the subconsciuos, this never occurs in remote seduction uses, but may happen in auto hypnosis uses, so if you use the program to lose weight for example, after some months, there is a possibility that your subconscious become influenced by outside influences, so you need to reforce the reprogramation made with the program. About seven remembering sessions of 4-6 hours, one session each day during seven days is ok.

After The Payment, Please email your data (name, email) to jhonbdj@gmail.com. I will email you the Tele Hipnosis Software to your email after the payment. Thank You.